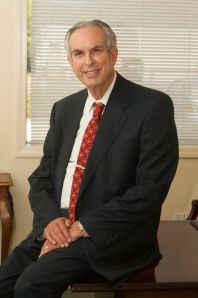 There has been a proliferation of paternity cases in the probate court. These cases arise when the parties are not married but have a child together. When I first started practicing law in the 1970’s, paternity meant blood tests and criminal non-support complaints issued by the district court. In today’s world where paternity filings exceed divorce filings, the children who were born to parents who were unmarried no longer live under a stigma. These children are given by Massachusetts law the same rights as children of married partners.

Massachusetts enacted a very important statute to implement this concept of equality of rights; the statute is General Laws, Chapter 209C. Under the auspices of this statute, the mothers and fathers can seek legal and physical custody and sue for child support as well as college tuition and room and board. In fact Chapter 209C does something that the divorce statute does not do: 209C allows the party seeking child support to recover retroactively to the date of birth. The consequences of such law are extraordinary. Imagine finding out that you fathered a child fourteen years ago, and you are not only being sued to pay for that child’s current support, medical insurance, and needs, but the complainant is seeking to recover prenatal expenses as well as support from birth. The damages are monumental.

I have had a great deal of experience dealing with this type of case. In one instance I represented a gentleman who had a relationship with a woman, and they had a child together, but never married, and ultimately broke up. My client paid child support during the time of the separation voluntarily, but when he was finally taken to court, I recommended that he have a genetic marker test. He actually did not want to do the testing, saying that he was certain the child was his. I prevailed upon him to test, and, yes, you guessed correctly, the child was not his. Whether you are the party who has given birth to the baby or the parent who fathered the child, the genetic marker test should occur as quickly as possible to determine who the father is.

The laws of paternity are ever changing and are reflective of the advances made in the divorce statutes. A father seeking custody in a 209C litigation or shared custody is not an abnormal occurrence. Liberal parenting plans allowing the parents to have equal access to the child is becoming commonplace as well.

If you have had a child and you were not married, or if you believe that you fathered a child, when you come to meet with me and ask your questions, please understand that both parties have significant say regarding what happens to that child.

Error: Twitter did not respond. Please wait a few minutes and refresh this page.